Centre for Environmental Justice is a public interest environmental organization based in Sri Lanka established in 2004. We herewith send our comments to the above EIA under the request for public comments as per the National Environment Act, No 47 of 1980

Colombo city is on a rapid development especially after the end of the war in 2009. Therefore catering the increasing transport needs of the citizens is a responsibility of the government. Considerable number of people visits Colombo to their work places and to get certain services from government services. Battaramulla area is developing as an administrative center with number of government buildings. Heavy traffic can be observed in the rout where this light rail has been proposed. Therefore construction of this light rail would save lot of travel time and fuel. Since this train runs using electric power air pollution will go down to a certain extent. However in every project there are pros and cons.

All the impacts including noise and vibration, traffic impacts, landscape impacts, socioeconomic impacts, biological impacts, impacts on utilities, impacts due to solid waste and waste water, impacts on surface and ground water quality, air pollution have been addressed in the EIA report. However we would like to make following comments regarding the project.

Even though shifting into electric power is good for the environment, it will be useless as long as the electricity is generated from petroleum or coal. Because at the end what matters is the amount generated. Not the source or the location. Global warming is real. Therefore searching for other alternatives is essential.

between one train to the next train is short (3-4 minute in peak hours and 10 minutes in off peak hours) people in nearby buildings might frequently get disturbed. The rout has been chosen to avoid noise sensitive areas such as residential areas, schools, hospitals etc .and at the same time covering the most critical transport destinations.

Green cover in Colombo is very limited. Therefore cutting 652 trees would have a significant effect whether they are native or exotic trees. Habitats would be destroyed. Animals seem to depend even on invasive plants sometimes. Trying to save trees as much as possible only by trimming is essential. Coordination is very important in this regard. Among the identified trees, there are very valuable trees such as 18 trees of Me (Madhuca longifolia), 1 tree of Hora (Dipterocarpus zeylanicus).etc It would take years to grow such trees to the existing size. 89 trees will be removed in Denzil Kobbekaduwua Mawatha. Possibilities on lowering the track to the ground level in that area or looking for an alternative rout might be under consideration.

Construction activities would create a significant increase in traffic congestion due to the marginalization of the road area. To minimize the effect, construction activities can be carried out section wise so that the extra traffic would be limited to a certain area for a certain time period. People can avoid driving into that area if possible.

Considered about raw material acquiring, 95000 tons of sand will be required for the project. This quantity is expected to be acquired from river sands. Almost all river beds in the country are already being overexploited for sand. Therefore looking for an alternative such as dredging sand from the sea might be a consideration.

Rain water is naturally discharged into wetlands/lowlands in Colombo. During the construction period water with cement could flow into wetlands causing negative impacts on the flora and fauna. Alkalinity of water could be increased. This could be avoided by directing the waste water generated from the construction site to a silting pit. Eight fish species have been recorded along the LRT rout and out of them two species are endemic.

It is estimated that 2500 workforce will be recruited. Priority can be given to the people from affected households/business places in offering these jobs. A total of 66 structures will be partially and fully affected and more than 80% of these are commercial buildings such as groceries, restaurants, vehicle sales, vegetable stalls etc. They may have to find other jobs or will have to face difficulties until the businesses are re-established.

Area selected for the depot site is a lowland area. Therefore filling the area would increase the flood levels in the area. Therefore the depot should be kept as an elevated structure as proposed and minimum area should be filled for access roads during construction. The report say “For the construction of the Depot and the IT Park Station at Malabe (IT Park Junction), 3

partially abandoned and partially cultivated paddy lands in Kaduwela DS Division may be acquired.” May be the selected paddy land for the depot may be justified due to reasons such as close proximity to the LRT tack, Size of the land area. But filling a paddy land for an IT park is not justifiable.

Declining of the underground option due to high cost and technical unfamiliarity is reasonable. Considering that Colombo is built on a wetland long time ago, we also think that elevated option is better as underground option could generate more negative outcomes such as ground collapses.

We hope that you will consider these comments when granting the approvals for the constructions proposed under this EIA. 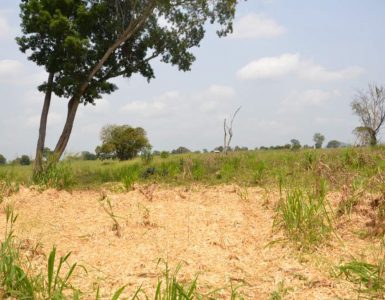 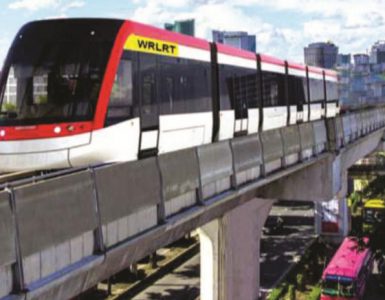