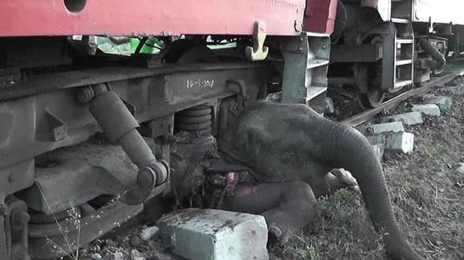 CEJ initiated project with the support of the THE SRI LANKAN LAWYERS (U.K.) TSUNAMI APPEAL to engage with the local communities, the Railway Department and the Department of Wildlife to reduce Elephant train accidents in Habarana area as a pilot project.

There is an alarming increase of Elephant deaths in the recent months in Sri Lanka. Twelve elephants were killed in 3 train accidents within 2 weeks period in the Colombo Batticaloa train line. According to the train drivers, no speed meters in the trains and no adequate headlights. But it was also found they don’t follow the speed limits. There are few elephant crossings along this line. They die mostly during the night time.

But there are more elephant deaths in the fast few months due to the increase of “Hakka Patas” a sort of bomb that use to blast elephants mouths when they try to eat these deadly parcels. There are also number of human deaths due to elephants attack. There were estimated 5800 elephants in Sri Lanka according to the 2011 survey. Number of annual elephants deaths are alarming and they might be an extinct unless some actions are taken soon.

It will consider advocacy, awareness building and community participation approaches to achieve our targets.

Centre for Environmental Justice will work with the conservation community, Elephant experts, Department of Wildlife, Railway Department, local authorities and the local community groups to understand the problems, solutions and implementation methodologies and responsibilities in few round table discussions. The selected approaches will be implemented with the support of all stakeholder groups identified during the discussions.

Experience in other countries such as planting lemon trees, bee keeping, planting Palmyra fence, install equipment to make bee sound will also consider as community initiatives. Having an electric fence along the railway line and provide crossing access is already being proposed however the agencies do not have such money to implement the same. Further, providing GPS based speed meters to the old train engines, fixing more visible sign boards in the elephant crossing areas, fixing cameras or installing signaling equipment to keep elephants away are some other solutions. Such solutions will also be considered during the discussions.

CEJ believes that scientific elephant management strategy is necessary to resolve these issues.

We thank Association of Sri Lankan Lawyers in the UK for supporting Centre for Environmental Justice for the above work. 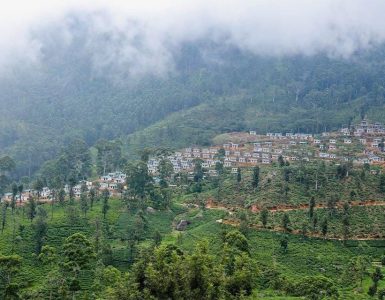 CHANGE YOUR PRODUCTION & CONSUMPTION PATTERN BEFORE LOSE OUR PRODUCTIVE LANDS 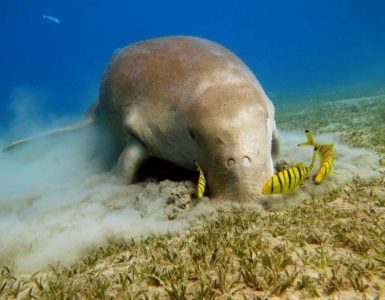 Centre for Environmental Justice Political Pressure to degazette Wedithalathive Nature reserve has now come to the peak under the new political regime. This attempt was began in 2017 in order to cultivate exotic prawn...