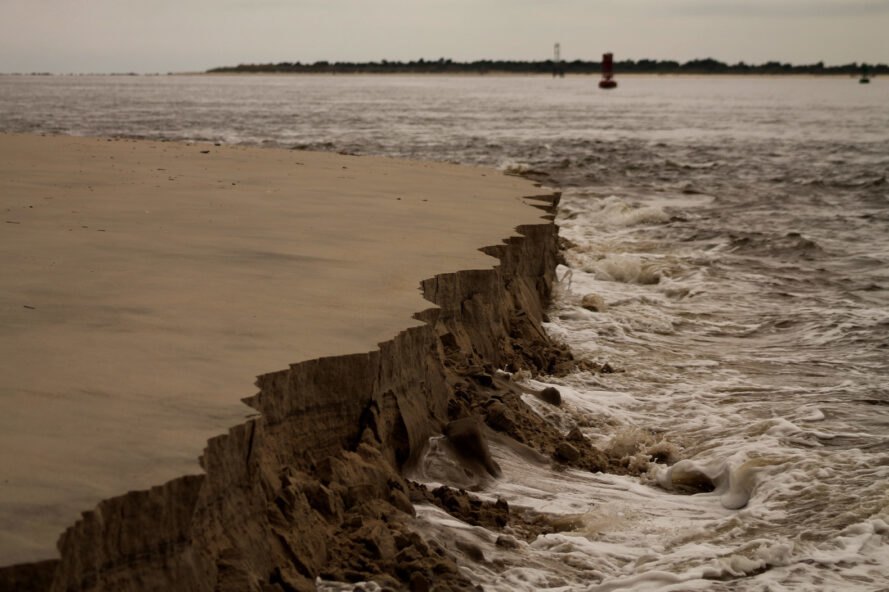 A Vast number of mining sites are in operation in the said areas and the entire area had been extensively deteriorated due to the mining activities conducted by various parties. Although the Mines and Minerals Act No. 33 of 1992 requires all mines to obtain a license to function there are many instances where mining is carried out without valid licenses or violating the conditions of the permits already issued. Parties who have obtained mining licenses are acting in violation of the said licenses by mining in excess of the area and depth in respect of which the licensee is authorized to mine.

The mentioned areas have been heavily exploited by sand miners and continue to be heavily vulnerable to such activities. These areas are rich in Silica sand, industrial sand and other types of sands and fall within the Coconut Triangle Zone of the island and contribute immensely to the economy of Sri Lanka through the earnings gained from the exporting of coconut and related products. Agriculture is the most dominant source of livelihood of the local communities in these areas. This case was mentioned on 09th and 23rd February. It was supported by the legal counsel, Mr. Ravindranath Dabare on 08th March 2021 and the court directed the respondents to conduct a joint inspection with the attendance of GSMB, MOH and Water Board officers and the Petitioners within 2 weeks period of time. This is fixed to be mentioned on 21st May 2021.