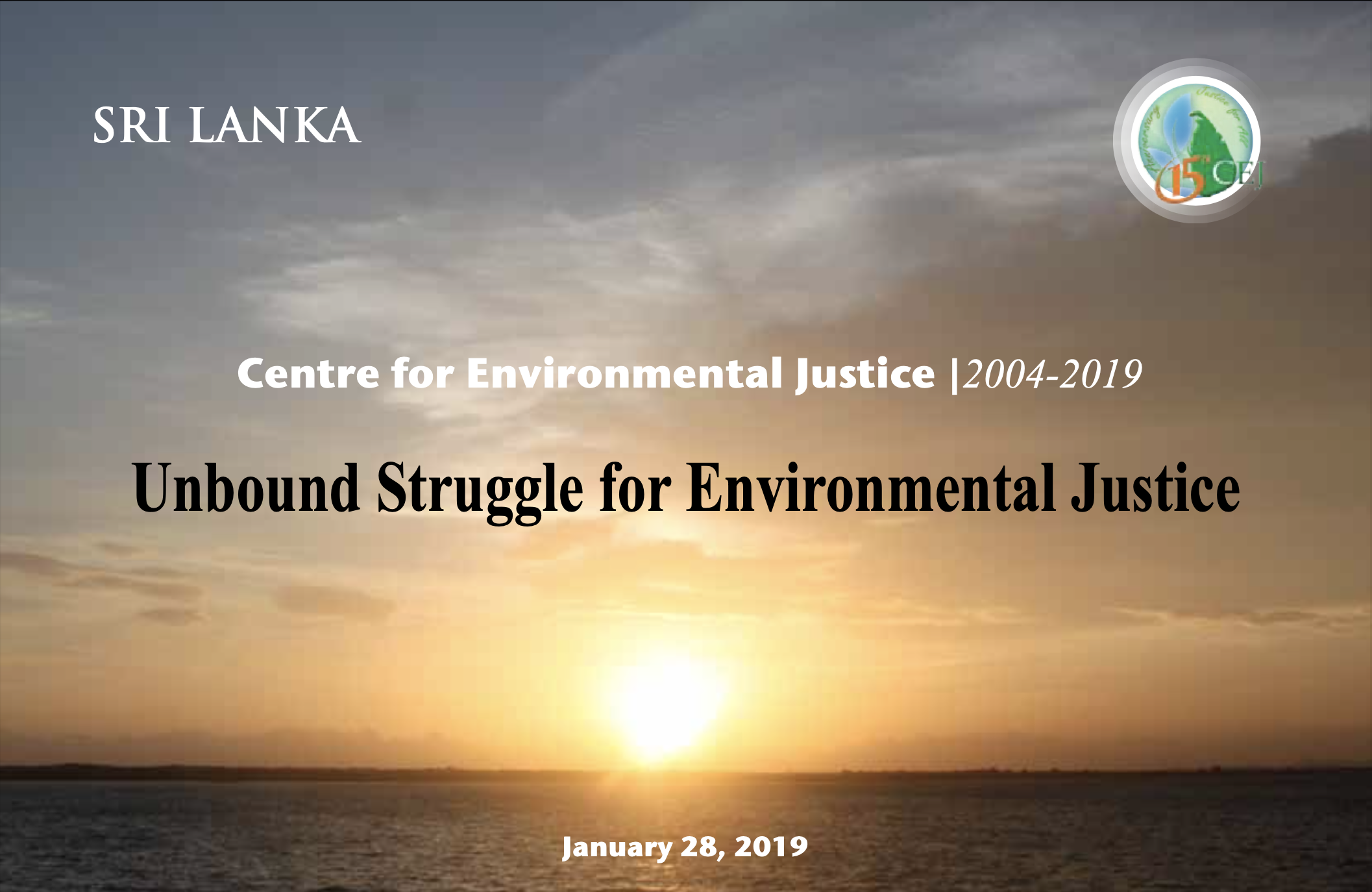 Little History… Accidental, but with a vision…

Environmental struggle in Sri Lanka has a long history. Struggles to save Sinharaja forest, save Kandalama tank, save St Clair water fall and seven other falls, to save

Muthurajawela and Bolgoda lake, save Eppawela Phosphate deposit,………….. and then born Centre for Environmental Justice(CEJ) in 2004.

CEJ was born in the minds of few activists Hemantha Withanage, Ravindranath Dabare, Dilena Pathragoda and Chandana Jayakody in a tea shop behind the “Dasa building” in Borella to find new adventures in our environmental activism. We were in the opinion that we need a movement to fight for environmental justice and beyond species conservation.

We wanted to save nature as well as fight for people’s environmental rights. We wanted to assist marginalised people and fight for our common struggle for survival.

Thus, our vision became “Justice for all”. We set the mission “to Protect the equal environmental rights of the people & environment and promote ecological sustainability by supporting ecologically sound community activities”. Wasn’t easy as it sounds though.

We were encouraged by many colleagues in the national and international environmental movement, civil society, government and some among the communities.

We were supported by the Oxfam Australia, Both Ends and Global Green Grants immediately.

We began our operations in“Thilakarathnaramaya”at Borella and soon moved to the space given by the Green Movement at Nugegoda. Few months later, we set up our full office in “Pothgul Viharaya” temple at Borella in 2006 where we found more conducing working environment.