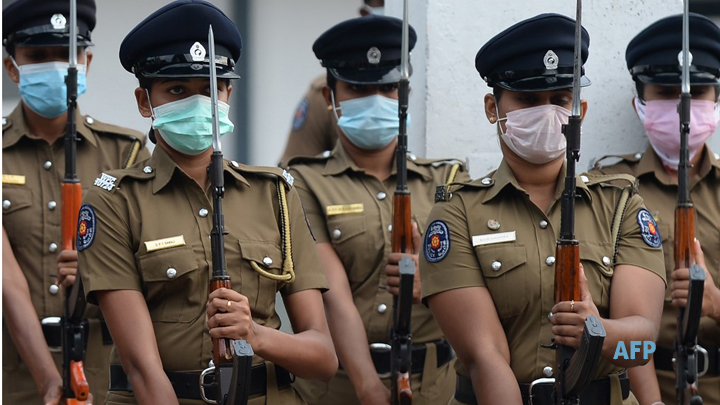 The novel coronavirus or COVID 19 pandemic is something unexpected for many countries. However, it may not come as a total surprise for other countries or people. While some believe the virus originally manifested in Wuhan, China, others think it may be a biological weapon developed by global powers to use in their cold war.

The coronavirus disease is caused by severe acute respiratory syndrome coronavirus 2 (SARS-CoV-2), indicating that the virus is genetically related to SARS, which is the virus responsible for an outbreak in 2003.

Countries all over the world are taking extensive measures and are going in lockdown to reduce the spread of the virus. But, COVID 19 is not the only virus threatening humans all over the planet.  Ebola virus disease is another deadlier virus still killing people in sub Saharan Africa. Dengue is a viral infection killing over 25,000 people annually. Estimates indicate the dengue virus affects 390 million people every year. Furthermore, a study on the prevalence of dengue estimates that 3.9 billion people are at risk of getting infected by dengue. The risk of infection exists in 129 countries but 70% of the actual burden lies in Asia.

Twenty years ago Stephen Morse suggested that there were about one million viruses of vertebrates. The results of a new study suggest that at least 320,000 different viruses infect mammals. Climate change opens up new terrains, which were previously hidden under the glaciers thousand, if not millions of years ago. Unknown ancient viruses up to 15,000 years old have been discovered lurking in prehistoric ice atop the Tibetan plateau. Chinese and US scientists found a total of 33 pathogens frozen inside glaciers, 28 of which have never been seen before. Human-induced global warming threatens to melt the world’s glaciers and under a ‘worst-case scenario’ new viruses would be released into the atmosphere. So, our own and next generations will have to face new threats more frequently.

Despite the abundance of scientific research, political achievements, and economic developments, no one was able to predict COVID 19 at the right time. Although news from China and especially Taiwan is somewhat positive, Italy, Spain, and the United States have failed to control the outbreak and are witnessing the consequences.

The different responses taken by various countries indicate that the procedures by the World Health Organization are not fully effective to tackle the problem. Some countries are in a complete lockdown while other countries, like Israel, only require elders to lockdown. Italy’s response to the virus was rather late and the elderly are as a consequence bearing the brunt. The world system is quite unequal and especially in public health emergencies like these, the right to life is under serious discrepancy.

The human race is facing difficulties; the lockdown implemented in various countries is a harsh strategy. Locking down 1.3 billion people in India is an unimaginable task. Sri Lanka is facing similar difficulties with little more than 21 million people. Corona responses around the world have created many human rights violations. There were, for example, incidents that police were beating people and locking them in the police stations. On the other hand illiteracy and peoples attitude matters in such a crisis situation.

Although health experts and politicians advocate for a complete lockdown, it is not easy in a diverse society. Feeding billions of people especially urban dwellers is not an easy task and many suffer from hunger during this lockdown. Staying at home and working from home is more complicated for the poor and lower-middle class. Many still depend on daily wages and it is not easy for them to live with zero income for 2-3 weeks. There are many homeless and it is impossible for them to adhere to the curfew. Inequity in society and inequitable distribution of wealth discriminates against people disproportionately during this lockdown. The enforcement of curfew law is an equally hard job for the police and armed forces.

The capitalist model does not respect people’s rights. Corporations continue to make profits even during this crisis. They include but are not limited to pharmaceuticals, military suppliers, moneylenders, pawnbrokers, food producers, and distributors. It is distressing that the textile industry in Sri Lanka is still running in order to meet their deadlines. Over 20,000 young factory workers had no food or security, and working conditions while rest are lockdown in homes.  Even fish sellers and vegetable sellers make undue profits under this crisis circumstances too. There is no social safety nets in most countries to assist those  directly and indirectly affected poor but have suggested some economic benefits to rich businesses. The remaining values of the cooperative societies in countries like Sri Lanka are perhaps some relief to the people.

We live in a free and globalized world, where people interact and travel great distances for many reasons; one cannot accuse anyone of spreading coronavirus. We know that poverty is the main reason for economic migration. In most countries, economic migrants and the tourist industry are responsible for spreading Corona. In most countries, health services are not free and without health insurance can be very expensive. In most cases, travel insurance does not cover the cost to cover coronavirus treatment. Most of the time migrant workers do not have medical coverage and this one of the reasons why many people want to go back to own countries during the pandemic.

People have already lost jobs and some small enterprises have already had to shut down completely. It is not easy for SMEs to compete with corporate giants when they close the industry for a few weeks. In Sri Lanka, the hotel and tourism industry have completely collapsed due to coronavirus.

Unfortunately, the lockdown has increased violence against women in Sri Lanka, but this is the case in other countries too. It is so pathetic that our family system has such problems. Globalization and  open economic model has destroyed the resilience to face this sort of crisis. It is hard to face such pandemic without maintaining a social safety net.

However, studies show that the lockdown of humans worldwide has had some positive consequences on the environment. Skies of many congested cities in China and India have cleared from pollution and global emission levels have drastically cut down due to the closure of factories, transport systems, and aviation.

Once Sir David Attenborough said, “humans are a plague on earth”. This Corona pandemic may be a good time for humans to realize that we are not superior in this world and we need to coexist with the many other species that also live on this planet. (END)