Do we have seeds for one Million Home Gardens? - Ejustice 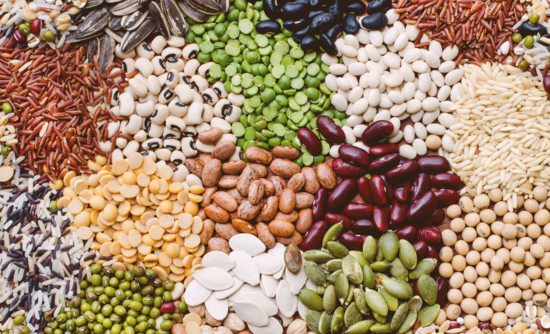 In the amidst of COVID 19, Government of Sri Lanka initiated the “Saubhagya National Programme on Harvesting and Cultivation” on 4th April 2020 which aims to develop 1 million home gardens. It will encourage rural projects to encourage seed farms, popularize organic fertilizer use and encourage production of home crops, popularize home gardens as a supply for self-consumption. We also see that peoples movements are mushrooming to grow food and sharing seeds. We know this is not the first time we heard about home gardens, urban gardens, 1000 agro villagers etc in Sri Lanka. Last regime spend millions of rupees for “Wasa Visa nathi Govithana” which was not much successful in my opinion.

Meantime, I heard on the radio that Government agencies don’t have enough seeds to distribute among those who are interested. Do we have seeds?

Once in Bibile I asked farmers where are those old corn varieties. They said they only plant Pacific Sweet Corn variety, as local varieties are not marketable. They produce less yield. But old varieties grow without much inputs and are resistant to pests.

In our at least 12,000 years old farming history, seed banks have been developed and maintained by the small farmers. Those who don’t practice monocultures maintain over 100 seed varieties in each farm. Chena cultivation use to be the most important seeds banks. Unless you cultivate them again and again and don’t share with fellow farmers, such seeds go extinct.

According to our findings in a research conducted in 1992( Kamini Vitharana and Hemantha Withanage), Sri Lanka was once home to more than 3000 rice varieties, over 750 Banana varieties and even more than 100 corn varieties. Over 25 Kurakkan varieties was available in even in 80s. Perhaps the best time for building seed bank was 1972-75 period after the independence.

Where is that seed bank now? In my understanding we have destroyed our seed banks soon after the introduction of the open economy and after allowing hybrid seeds to import by the private sector. It is interesting to see more recent data to understand the current seed crisis. In 2012, the total vegetable seed imports were 3,398 MT, and local vegetable seed production was around 43 MT. In 2012, over 2,300 permits were issued for seed imports, of which 30% were for vegetable seeds, and for plant and planting materials imports.( Dilani Hirimuthugodage, 2014)

Until the late 1980s, seed production in Sri Lanka was fully handled by the government. Since 1984, the private sector was allowed to import seeds. Around 1990 private companies got involve in seed production. The government then introduced the National Seed Policy in 1996. in 2003, the government enacted the Seed act No 22 of 2003, to regulate the quality of seed and planting materials, and to safeguard farmers as well as the seed handler from malpractices that would harm the seed industry of the country. This Act came into practice only in 2008. By now, around 1,926 seed handlers have been registered. In 2014 there was a draft new Seed Act. But, fortunately it was not enacted due to our objections.

One of the issue was it will restrict farmers from exchanging seeds with fellow farmers at the village level. The new draft law would require the mandatory registration of farmers and the certification of their seeds. In addition to requiring the state to maintain a list of seed producers and suppliers, the law authorizes government officials to raid farms in search of ‘illegal’ seeds. If such ‘illegal’ seeds are found, farmers would have to pay a minimum fine of Rs. 50 000 and could go to jail for up to six months.

Both governments before and after 2015 wanted this act to be enacted to support corporate seed importers and developers such as CIC. We are fortunate that this was not enacted due to the civil society and farmer opposition. If this was enacted we would have face difficulties in this kind of disaster situations and will definitely hinder the small farmer contribution to the crop production and local livelihood.( Hemantha Withanage, Centre for Environmental Justice, 11/04/2020)