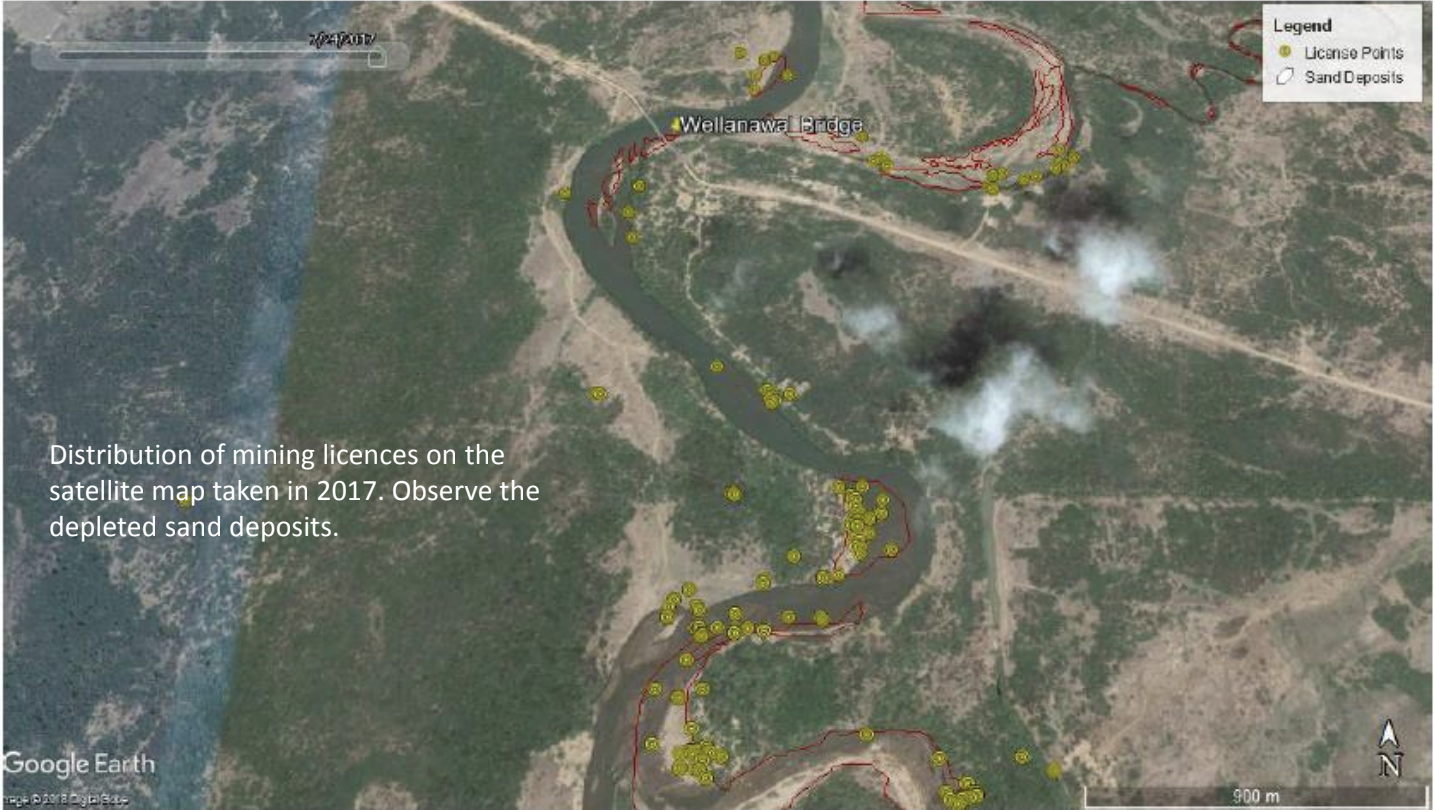 The sand is an essential need for construction sector which is rapidly growing day by day. On the other hand sand mining is an issue which excites negative effects on the aquatic ecosystem and livelihood. This mines and minerals sector is well connected, environmentally, ecologically, biologically and sociologically. Hence, the substantial issues of sand mining need to be eradicated or controlled. It is eroding river deltas, damaging coastlines, lowering ground water levels, hurt marine life, causes landslides, drought, flooding, degrade sediment in rivers and coastal areas in Sri Lanka. Therefore, the requirement of providing sand for construction and protecting environment should be well regulated and balanced by law to establish sustainable development.

Mining issue is specially regulated under and the Minerals Act No.33 of 1992 as amended by Act No.66 of 2009. Geological Survey and Mines Bureau (GSMB) established under this Act. GSMB issues three types of licenses; exploration, mining, trading and transport to regulate the exploration for mining, transportation, processing, trading and export of Minerals. Also, the conservation of coastal areas is regulated by Coast Conservation Department (CCD) under Coast Conservation Act No.57 of 1981 as amended by No.49 of 2011. The function of CCD’s authority on sand mining extends upstream up to 2km of the river system from the coast. Therefore, CCD has the authority to issue the licenses for sand of sea and sand of rivers within this area. This license system normally regulates the unauthorized and uncontrolled sand mining and quantity of mining.

Monitoring a transportation license is a legal requirement under the Mines and Minerals Act. Illegal mining activities have been controlled by this permit. Even though the law cannot be suppressed blatantly by a Cabinet Decision without a proper amendment to the Act, this permit system was taken away recently by a Cabinet Decision and the Circular No.173/12/2019. As a result, illicit sand mining became legitimate for a few months. This has led the environment to become vulnerable to many issues. Undue political interferences, lack of officers to enforce the law all over the country, transparency and accountability are some other related issues which are not well addressed by statutory laws. Therefore, it is clear that these Acts are not well regulated or 100% adequate for the threat of current issues of sand mining.

In the instances where statutory regulations do not work accordingly, Public Interest Litigations plays a vital role in protecting the environment. For example, in a landmark case (SCFR 81/2004) undertaken by Green movement and Centre for Environmental Justice, the Supreme Court issued specific guidelines with respect to sand and clay mining. In another case (SCFR 226/2006), the Supreme Court banned the further extraction and removal of sand from both Deduru Oya and Maha Oya. Hence, finally, the public has to enter into the courts to enforce written laws of four corners of the Acts and regulations forcibly.

Finally, to maintain the sustainable development, the responsible authorities need to act with accountability, transparency and follow the enacted laws and regulations accordingly while regulating them if they are insufficient to take away negative effects to protect the environment. Also, they should consider opinions from experts before taking decisions in relation to the sensitive environmental issues such as sand mining, because the legal protection of the environment is inevitable to save it for the future generations. [END]