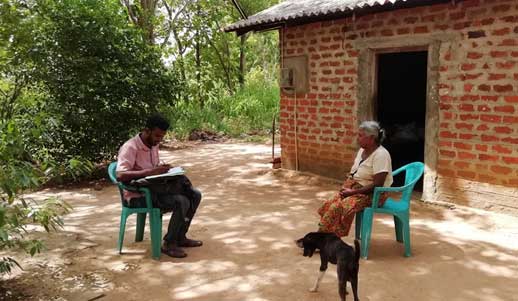 The survey on Human-Elephant Conflict in Northwestern province was conducted at Puttalam from 30th – 31st August 2020 and Kurunegala from 20th – 21st September. The objective of this survey was mainly to identify the magnitude of human elephant conflict in Northwestern province, and summarize the current and potential alternatives for mitigation of HEC and identify further actions needed. One of the major consequences of HES is the economic instability of people living in this area that challenge the quality of life. The income from the cultivation is the most frequent loss they face due to crop raids other than loss of houses and lives.